Speech Pathology Begins with the Physical Processes of Speech

As a result of the injury to either the brain or throat, the physical processes that allow speech sounds to be made and projected may be impaired.  Speech pathology does not begin with words but with the throat, as speech is dependent on the integrity of the structures of the throat. A  tracheotomy (trach) to intubate a TBI patient, will at a minimum interfere with those functions.  A trach may also cause long term physical issues. Particularly after a severe brain injury, the first focus may be on swallowing. Thus, speech pathology may be ongoing when communication is impossible – while someone is in a coma.  There is an entire area of specialization of speech pathology focused on treating the severe brain injury patient in the ICU.

Speech Pathology is About Communication

Once the structures that allow speech are protected and rehabilitated, the focus of speech pathology shifts to brain damage that may have effected the use and understanding of words.  Language is disrupted in 75% of those who survive a severe closed head injury. As those deficits range from relearning to use the muscles of the throat to form words, to remembering vocabulary, grammar and syntax, the field is at the forefront after coma emergence. Some specific areas of deficits that speech pathology will focus on include: 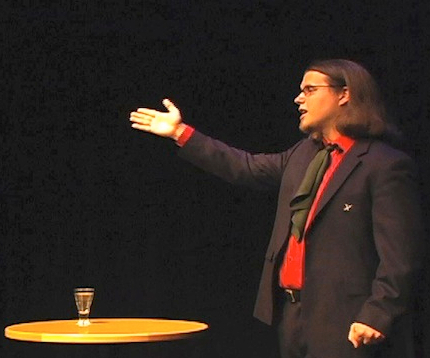 Speech Pathology also helps survivor’s deal with the issue of confabulation. Lethan remembers waving au revoir to his French teacher just before his brain injury. Yet, that memory isn’t what happened.

Aphasia is an acquired impairment of language processes that deal with the receiving of words and the expressing of communication.  The senses of receiving words begins with the ear and expressing begins with the throat and mouth. But aphasia is not caused by damage to either place but to the areas of the brain that are primarily responsible for these functions. Aphasia shows up when the severe brain injury survivor has grammatical difficulties, finding the right word (“word retrieval”), comprehension of what they have heard and in reading and writing.  The key to aphasia is that the cognitive processes otherwise seem in the presence of relatively intact.  A few more brain injury terms you will hear discussed include anonmia (difficult naming things) and impaired auditory (meaning what you hear) comprehension.  In addition, confabulation is a common problem after severe TBI.  Confabulation is the telling of completely fantastical stories, which seem believable, but have no relationship whatsoever to reality.  Confabulation is not dishonest – it is just the flaw in the process of trying to make sense of holes in what is remember as a result of brain damage. For the poignant confabulated story of what Lethan remembers of waving goodbye to his French teacher before his injury, click here.

Confused Language – means speech that may be sound right and be used in proper syntax, yet is lacking in meaning because responses are irrelevant or tangential in relation to a specific topic.  Confused language is lacking a sequential relationship between thoughts.  Such problems are also called a cognitive communication disorder because confused speech is difficult with the elements of communication secondary to cognitive dysfunction, from the other damage to the brain.

Dysarthria – (meaning difficulty articulating ‘arthr’) is a motor disorder which impacts speech resulting from neurological injury (a focal neurlogical deficit) of the muscles that help one talk.  Those muscles could be in the throat, the mouth, including the tongue.  Dysarthria makes it  difficult to pronounce words.  It is unrelated to any problem with understanding language, just saying it.