How to measure awareness in coma 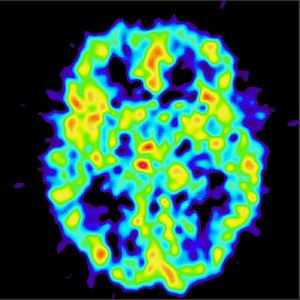 This is an example of a PET scan. (Flickr / Creative Commons / Reigh LeBlanc)

Researchers developed a what has been called a new test to measure the level of awareness in an unconscious person. They do this by measuring the amount of glucose consumed by the brain. This essentially measures the amount of activity in the brain. The study was published by Cell Press in the journal Current Biology and was titled “The Minimal Energetic Requirement of Sustained Awareness after Brain Injury.”

This can help families waiting for their loved one to wake up from a coma. They can have an idea of their level of consciousness or when he or she will wake up.

Higher levels of glucose consumption indicate a higher level of awareness. These levels can vary from patient to patient. Higher levels can also indicate a sooner return to consciousness. The researchers found that when glucose was below a certain level, the chances of awaking from a coma were greatly reduced at the one year point.

The researchers studied 131 brain injured patients with varying levels of consciousness. They used FDG-PET, an imaging method where glucose marked with a radioactive tracer molecule is injected into the bloodstream to study the metabolic activity in the brain. If below the threshold of 42 percent of normal cortical activity, the patient was considered fully unconscious and would not likely wake up after one year. Patients that were above this threshold either showed signs of awareness upon examination or woke up from coma at the one year checkup.

“In short, our findings indicate that there is a minimal energetic requirement for sustained consciousness to arise after brain injury,” says Ron Kupers of the University of Copenhagen and Yale University in a press release.

“The take-home message [for now] is that consciousness is a highly energy demanding process, involving the brain at large,” Kupers says. “This fundamental physiological trait can help clinicians determine the potential for recovery of awareness in patients suffering from severe brain injuries of any kind.”

We find this interesting, but as always, are disappointed when researchers label something as new, that has been discussed for decades. The concept of using PET scanning for this purpose has has been discussed for decades. The excellent book on dealing with deep coma, by Harvey Levin, Catastrophic Brain Injury, (Oxford, 1996) has an entire chapter discussing this concept.

Functional imaging techniques as, for example, measurement of cerebral metabolism or CBF may give a more complete picture of the distribution and extent of brain dysfunction in severe CHI by demonstrating metabolic hypoactivity in the absence of gross structural damage.

What this means, by the gross structural damage, is a normal CT scan. They go on to say:

It is now established that these techniques are sensitive in the detection of the severity of functional impairment …. following severe brain damage, quoting studies by (Frackowiack et al., 1981; Powers and Raichle, 1986; Uzzell, 1986).

Positron emission tomography has been used to measure brain metabolism after human head injury. Uniformly reduced glucose metabolism has been reported, although marked regional variations were present in two studies performed more than 1 week after injury.

Was Muhammad Ali’s Parkinson’s due to Boxing? Stroke Survivors Helped by New Study