Story of a Stroke

Recently, a story was published about a woman called “D.L.” She was a self-proclaimed workaholic in her job as a set designer in the film industry. She began experiencing headaches which she thought were due to increasing stress. The headaches seemed like a relatively minor complaint, but it turned out to be much more. It turned out to be a stroke. 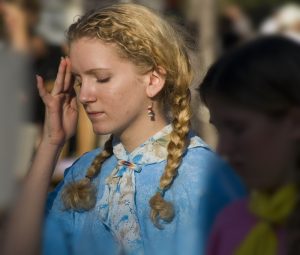 D.L. experienced a headache that turned out to be a stroke. (Flickr / Creative Commons / Andy)

When she was driving, she started experiencing a weakness in the left side of her body where she could no longer operate the car. She got out of the car and fell down. She was laying in a gutter until emergency personnel arrived and rescued her. She was diagnosed with left-sided hemiparesis, left-sided neglect and left sided facial droop. These were due to stroke, not headaches.

Decreased judgment, and safety awareness, impaired processing, diminished cognitive endurance were just some of the deficits she had to endure after her stroke. She was entered into a rehabilitation program. She eventually was able to return to her hectic eight-hour work day.

But we see in many brain damaged patients that they are not the same person that they were before. They have to accept that they now face new challenges and not give up. This is a common theme to successful recovery.

Stroke is the fifth leading cause of death in America and a leading cause of adult disability, according to the National Stroke Association. A stroke happens when oxygen to one area of the brain is cut off. But it is not just the lack of oxygen that is toxic. Blood flow does more than just oxygenate the blood. It also provides needed nutrients to the brain cells and perhaps most important when trying to assess brain damage, it cycles away the waste products of the cellular combustion. The brain cells work because they are burning glucose, just like we burn natural gas in our furnaces. Lack of oxygen will impact the completeness of combustion, but failure to remove the waste products, the smoke, will become toxic almost immediately. It can permanently impair speech, movement, and memory.

In contrast a sudden severe headache, which has been described as having a strong blow to the head with possible stiffness in the neck, (this is sometimes called a thunderclap headache) is likely to occur if experiencing a subarachnoid hemorrhage.

D.L.’s headache was most likely a symptom of hemorrhagic stroke, caused by a bleed, not an ischaemic stroke, caused by a clot. In an intracerebral hemorrhage, the headache is typically very sudden and associated with vomiting and change in awareness, said Vicki Shattock, helpline information officer at the Stroke Association, in our interview with her. In a subarachnoid hemorrhage, a sudden severe headache with possible stiffness in the neck, sometimes called a thunderclap headache, is likely to occur, she said.

The acronym FAST stands for the warning signs of stroke: face drooping, arm weakness, speech difficulty, and time to call 911. “Most strokes will have at least one of the symptoms described in the FAST test,” Shattock said.

Each year about 185,000 people die from stroke. Recognizing the symptoms can help save a life. Weakness in one side of the body and severe headache with no cause are two of the symptoms to watch for. In addition, loss of balance and coordination and trouble seeing in one or both eyes are other symptoms of stroke. It is important to recognize the first symptom and to call 911 immediately. This can help save a life.