We postulated last month in the aftermath of Muhammad Ali’s death that repeated head trauma could have played a role in Ali’s Parkinson’s disease. In a recent study published in July 2016 in JAMA Neurology, researchers found a link between Parkinson’s disease and head trauma. This study looked at the long-term effects of having a brain injury. 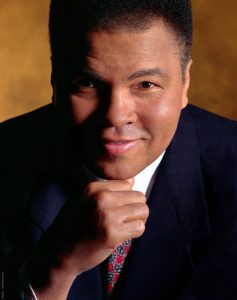 The research was led by Dr. Paul Crane from the University of Washington. “We were very interested in the long term impacts of traumatic brain injury” Dr. Crane said in our interview with him.

The purpose of the study was to see if traumatic brain injury with loss of consciousness contributed to the development of neurodegenerative diseases like Parkinson’s, Alzheimer’s, and dementia. 7,130 participants were involved in the study. These subjects were pooled from three prospective cohorts of people. 865 reported traumatic brain injury with loss of consciousness. The researchers also did not look at people who were already demented, so they studied it as it happened. One of the cohorts was a sample of older nuns and priests from Chicago.

They categorized the people with head trauma into those who had loss of consciousness for less than one hour and those who lost consciousness greater than or equal to one hour.

The researchers also found the presence of Lewy bodies associated with head trauma. These are aggregated bodies of proteins found with nerve cells with Parkinson’s disease. This showed, Dr. Crane said, that the brain can deal with brain injury in a healthy way for many years, but Lewy bodies will start to develop later in life.

No association was found between head trauma with loss of consciousness and dementia or Alzheimer’s disease. Other studies however have made such links.

This suggested that the way in which the brain is affected by Parkinson’s differs from that of Alzheimer’s and dementia. This study used a much larger sample size than the one in 1995 that saw a tenfold increase in Alzheimer’s with head injury. They also studied people where the disease was already prevalent, so the earlier could have been seeing cases of early onset Alzheimer’s, which is rare. This recent study did not include people under the age of 65.

The kind of neurological disorders analyzed in this study are different than the repeated mild head trauma in football that causes chronic traumatic encephalopathy (CTE). But, Dr. Crane says that head trauma with loss of consciousness could be related to CTE as well.

The research focused on an older population, and Dr. Crane says it is relatively representative of the general population. The subjects were not selected for any risk factors of head injury.

Dr. Crane was very passionate about the power of his data set. The number of participants was massive, he said. He hopes to pursue future studies with this data.

It should be recognized by people that even one traumatic brain injury with loss of consciousness can have long-term negative effects. It is important to prevent traumatic brain injury as much as possible, as a goal. This might include wearing a helmet while biking or not participating in distracted driving or contact sports.

“The biggest issue is in terms of prevention,” Dr. Crane says. “One hopes for a world where the research questions become less relevant because we are doing such a good job protecting people’s heads.”