Drowning Caused Two Men to Die Over the Weekend

Drowning is deadly. Near drowning can result in brain damage for the simple fact that your brain is deprived of oxygen. Bodies of two men were found Monday in Lake Michigan in Sheboygan, WI. The men were swept into the lake by a giant wave over the weekend. 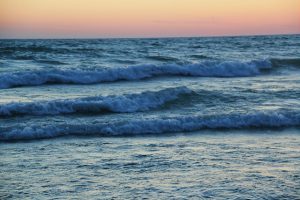 One man was found still alive Sunday, but the other two were not so lucky. Drowning is one of the leading causes of unintentional death in the United States, according to the Centers for Disease Control and Prevention. On average, there were about 3,536 drownings that were deadly, unintentional, and non-boating related from 2005 to 2014. That amounts to about 10 deaths per day.

Drowning can cause brain dysfunction that includes memory loss, learning disabilities, and permanent vegetative state. The one survivor was able to talk to the media. He posted on Facebook after the incident that the Coast Guard pulled him from the water just as he “was losing hope.”

The story goes that the men saw a fisherman at the end of the dock and thought they could make it. The winds were up to 30 miles per hour in the area, according to the Weather Channel. The winds caused the churning wave to pull the boys into the lake.

The 911 call came just before 4:00 p.m. on Sunday, according to Fox 6 Now. One of the friends who was not swept in ran to the emergency box to call for help. 22-year-old Dylan Abeyta-Dedecker was found just after 4:00 p.m., but the other bodies were not recovered until Monday by a dive team.

The two fishermen at the end of the pier were also swept into the water. But, due to the number of rescue boats there at the time, they were recovered fairly quickly. The two had minor injuries, but they refused transport to the hospital.

The first victim, 21-year-old Kurt Ahonen, was located at about 4:45 p.m. Monday. The first diver was sent in Sunday evening, but the search was suspended due to hazardous conditions. The second victim, 22-year-old Adam Laluzerne, was located and removed from the water at about 7:00 p.m.

The survivor, Abeyta-Dedecker, said that he was swallowing water while trying to stay afloat for 30 minutes until a Coast Guard boat rescued him.

“I could barely swim to try and reach it. I was basically on my last string of hope,” Abeyta-Dedecker said. “I’m very heartbroken. It’s just terrible.”

He was taken to the hospital after he was rescued. He is now recovering at home and thinking about his friends who died that day.

Some people say that there should be signs warning people not to go out to the pier if there are big waves. Some people think people should be prohibited from going out to the pier if there are boat advisories in effect, like there was Sunday. Authorities wanted people to stay away from the coast of Lake Michigan Sunday. The Coast Guard responded to 10 calls Sunday within two hours about people being swept in by the waves and winds.