CTE in the News This Week 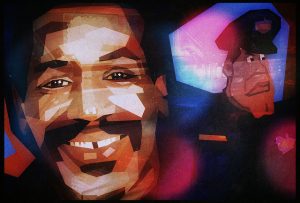 Chronic traumatic encephalopathy (CTE) has been in the news a couple of times this week. Tuesday, BMX rider and MTV show host Dave Mirra was in the news following his suicide in February. He was experiencing chronic brain damage before he took his own life. Chronic traumatic encephalopathy can lead to memory loss, dementia, and depression. It is also linked to Alzheimer’s. Mirra had several accidents in his career, including one leading up to the Summer X Games in 2006 where he landed straight on his head from 16 feet above the ground.

Wednesday, Bubba Smith, an NFL player and movie actor, was in the news following his 2011 death. He died of an overdose on a weight loss drug. He also had CTE. This chronic brain damage is common in football players. Smith is the 90th former NFL player out of 94 players who had CTE and were examined in the Boston University Brain Bank. The doctors rated his CTE on a scale from one to four. He was suffering from stage three CTE, which affected his planning and decision-making.

Chronic traumatic encephalopathy has also gained media attention in the past regarding the suicides of NFL player Junior Seau and professional wrestler Chris Benoit, who was involved in a murder-suicide. In 2012, there was a class action lawsuit against the NFL for hiding the connection between concussions and CTE. The league wanted to dismiss the lawsuit, but they ended up agreeing to a settlement early last year that awards each retired player $5 million for serious medical conditions related to chronic head trauma.

Tau protein deposits appear in cases of repeated head injury, jamming up the brain circuitry. The knowledge of CTE began in boxers. Research of CTE was based on clinical diagnosis.

Chronic traumatic encephalopathy does not only impact professional football players. It can also impact those who only played in school or in college. Too much of the focus on understanding CTE is being spent on the autopsy results. CTE, like almost any other neurological diagnosis can be made during the life of the person who is suffering its effect. But if those who are publishing research findings into this disease do not broaden the inquiry into taking what we have learned from those have died to help the living, this misconception could become the medical standard of care.

Autopsy is only the final word on brain pathology. Lifetime diagnosis of all neurological conditions has to be demanded. Those who are suffering from chronic traumatic encephalopathy need our help more than we need a confirmation of the condition on autopsy.