Severe brain injury survivors sometimes have complications that come with their hospital stay. For example, someone may acquire a catheter-associated urinary tract infection (UTI). One study looked at how to prevent catheter-associated UTI. The study was titled, “A Program to Prevent Catheter-Associated Urinary Tract Infection in Acute Care.” It was authored by S. Saint et. al. and published in the New England Journal of Medicine. 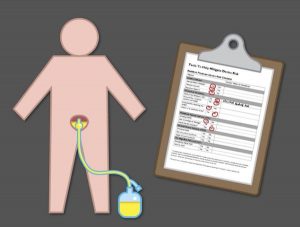 A study was conducted on prevention of catheter-associated UTI in a given patient. The research involved collecting data on the use of indwelling catheters. (New England Journal of Medicine Quick Take Video)

This condition is problematic for patients. Dealing with a brain injury is problematic enough, a UTI would just add to the problems. Insurance considers them hospital-acquired conditions, and imposes penalties on hospitals with higher than average catheter-associated UTIs. These are just two reasons why prevention of this condition is important to teach.

The study included a multifaceted approach intervention. It took place in 926 intensive care units (ICUs) and non-ICUs from 603 hospitals in 32 states, Washington D.C., and Puerto Rico. The researchers collected data on indwelling urinary catheters. They also assessed the necessity of such catheters on a daily basis. In addition, they encouraged the staff to avoid the use of indwelling urinary catheters and use other techniques to collect urine such as condom catheter and intermittent straight catheterization. Finally, they emphasized the importance of aseptic technique in the use of indwelling catheters. The research also included reports on catheter-associated UTIs and knowledge gaps in this area.

In the ICU, it may be more necessary to closely monitor patients’ urine, a reason for indwelling catheters. This could be why the numbers were not significantly changed despite a multifaceted intervention. What this study did do, was lay out a blueprint for a large scale approach to hospital-acquired UTI prevention.

In conclusion, the multifaceted intervention successfully reduced the number of catheter-associated UTIs in hospitals, with best results in the non-ICU.