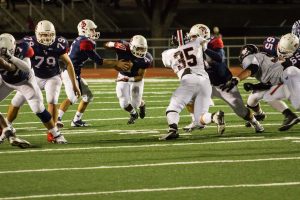 Brain damage in high school football players has been found without diagnosed concussions. In an article titled: “Functionally-Detected Cognitive Impairment in High School Football Players without Clinically-Diagnosed Concussion,” researchers examined neurological performance and health in the presence of head collisions in high school football players. It was done through a longitudinal study of collision events. This study published in the Journal of Neurotrauma shows that you can have functionally observed impairment without diagnosed concussion.

Lead author Thomas Talavage, professor at Weldon School of Biomedical Engineering at Purdue University, said that he was interested in why some players were diagnosed with brain damage in high school football and others were not by a given blow.

The current process of diagnosing brain damage in high school football involves examining the patient for symptoms. These include loss of consciousness, amnesia, and inability to answer direct questions. The downside to this method is that sometimes symptoms take hours to show up. In addition, damage can accumulate in an injury that does not meet the clinical criteria of a concussion.

The research placed the students into three different categories. The first category was people with clinically diagnosed concussions. The second group was people with no clinically diagnosed concussions or no functionally observed impairment. The third group, did not show signs of concussion, but showed neurocognitive (primarily visual working memory) and neurophysiological (altered activation in the dorsolateral prefrontal cortex [DLPFC]) deficits.

The third group was associated with hits to the top-front part of the head. This is just above the DLPFC. The results of the research were that those clinically diagnosed with a concussion showed significant alterations on the fMRI. The newly discovered group, who had high impact collisions but no clinical diagnosis, also showed significant alterations on the fMRI. They showed decreased activity in the DLPFC and the cerebellum. This has negative impact to the players’ working memory.

The method of the experiment involved a monitoring system in the helmets that would tell information about the impact of collisions. Then the high school football players were given an fMRI, an imaging system that measures brain activity by detecting changes in blood flow.

“We know the chronic inflammation has negative consequences in just about any other bodily tissue, so it’s logical that the same is true in the brain,” Talavage said.

There were about 1.1 million high school football players in 2008-2009. Many of these players failed to self-report concussion symptoms. This is because they wanted to stay on the field. It is particularly detrimental because the players can suffer multiple head collisions.

The main purpose of the study was to show that just because an athlete is not clinically diagnosed, does not necessarily mean he is healthy. It is also possible for a player to retain his health during the season by keeping his head clear from contact and wrapping and rolling with the ball carrier. This kind of player showed similar brain scans to the control population. The hope is to improve prevention, intervention, and therapy.

The reality, football is an ultrahazardous activity which exposes the brains of all who play it to brain damage and CTE. See http://footballandbraindamage.com High school is better than youth football because starting later reduces the total lifetime load on a brain. Still, the brain is not engineered to withstand hundreds of subconcussive blows.

Suicide Rate at 30-Year High, Implications for TBI patients CTE in the News This Week