Cribriform Plate and Inside of Skull Pose Hazards for Brain

The direct collision between the inside of the skull and the brain during trauma is not the only hazard posed by the brain’s evolutionary helmet. Severe brain injury or mild brain injury can also occur when the brain slides across the underside of the skull, particularly in an area called the “cribriform plate,” as well as any of the obvious bony hazards shown in the picture below. 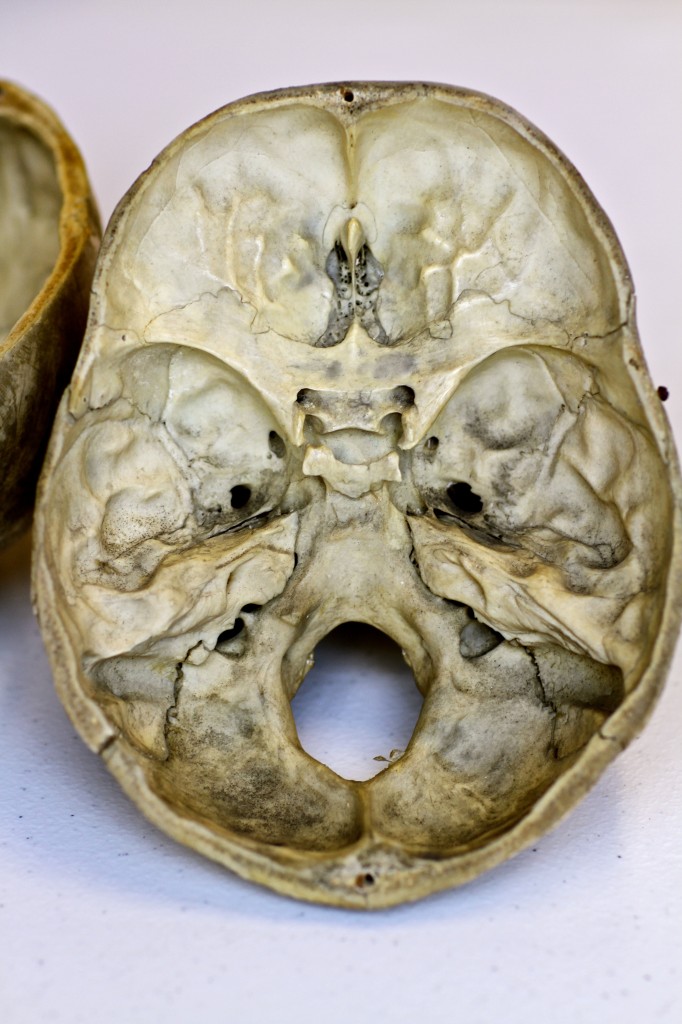 The skull is not smooth like the inside of a ball, because in playing its cradle role for the brain, it has to have both ridges (tethers) to keep the brain in place, and also holes (foramina) for nerve tracts to enter and leave the brain. The existence of such holes and ridges help to protect the brain until substantial mechanical force is placed against the skull.  But once the exceed the tolerances of human evolution, the tethers can create significant hazards for the soft brain tissue. While brain contusions can occur any where  in the brain, the undersides of the brain are the most exposed. Regardless of the direction of the force setting the brain in motion, it is these bony ridges and the Cribriform Plate where the greatest obstacle course exists for brain tissue. The gliding contusions that occur from the sliding of the brain across the inside of the skull are also called “parasagittal contusions.”

Next Understanding the Role and Structure of the Neuron